What’s it like to live in a retirement community in PA? The Keystone state has plenty of tremendous benefits for retirees. Learn about our eight retirement homes in PA or explore local areas like Bucks County, Delaware County, Montgomery County, and Philadelphia.

Our eight continuing care retirement communities in Pennsylvania have so many on-campus amenities you may never have to leave campus. But what does the surrounding area have to offer for when you do want to get away? Use our interactive map below to see some of the local landmarks, points of interest, and more fun activities to do near our communities:

Museums: Unsurprisingly, a city with this much history has plenty of museums! Museums of note include the Brandywine River Museum, the Wharton Esherick Museum, and the more kid-friendly Please Touch Museum. Not to mention the famous Museum of Art.

Live Theater: Live entertainment can be found just around the corner from our communities. For instance, Ambler, PA is home to the Act II Playhouse and in Media there’s the Media Theatre for the Performing Arts. You can also see some of the biggest names in comedy performing at the Valley Forge Casino. And of course downtown Philadelphia has orchestra productions, plays, and musicals at the Kimmel Center, Academy of Music, and other theaters in a central area.

National Parks: For outdoor enthusiasts, the Philadelphia area is home to several state parks, many of which are just a short distance from our PA retirement communities. Browse a list of Philadelphia area parks here.

Retiring with peace of mind

Learn about how our retirement homes in PA provide lifelong healthcare at a fixed rate.

Do you currently live in an Acts retirement community but are interested in visiting one of our eight Pennsylvania retirement communities? Well, it’s time to start packing your bags! Because Acts residents can visit all 26 of our campuses throughout the country. Schedule a visit to Pennsylvania, Georgia, Florida, or anywhere there is an Acts campus! It’s just another one of the great Acts amenities. 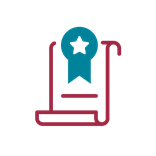 Acts has a commitment to excellence by continually evaluating its processes through external and internal processes. Acts' financial performance is regularly reviewed by Fitch ratings, the organization maintains an ethics trust accreditation, and regularly completes resident surveys.

As any Philadelphia native can tell you, southeastern Pennsylvania retirement communities are highly respected for a reason.

For example, Acts has continuing care retirement communities throughout Pennsylvania that will keep you close to all the local conveniences and attractions the area has to offer. With so much to do, you'll feel at home at any of our retirement homes in PA.

Best of all, every retirement community offers Acts' Type A Life Care contract. That means you get to enjoy easy-going senior living in the retirement home of your dreams.