Fit for Life: Myths About How to Lose Body Fat (Seaford Star) 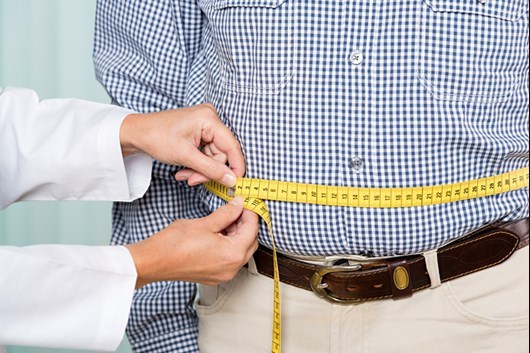 As we get older, it seems harder to maintain an ideal body weight and lose the fat pounds. It may be because the older we get our body and our fat have gotten to be good friends (some fitness humor for you).

I hear people talking about what they’re doing to lose body fat. I have a friend who likes to do a commercial detox or cleanse once or twice a year to help lose weight and fat. I know others who think if they stop eating fat they’ll lose the fat. And I hear this one a lot as a fitness trainer, “Exercising the abdominal muscles will help to reduce abdominal fat.” According to the American Council on Exercise (ACE), these are all myths.

Commercial detox and cleanses: There’s a lack of research and scientific evidence supporting claims that any commercial pill, tea, food or extreme diet can rid the body of toxins and aid in long-term fat loss, according to data published in 2015 by the Journal of Human Nutrition and Dietetics. However, there is evidence showing positive lifestyle changes related to diet and exercise can help with fat loss for the long term.

I’ve never done a commercial detox or even a cleanse because I believe our bodies (kidneys, liver and sweat glands, to name a few parts) already do a good job detoxing themselves if we eat nutritiously, drink plenty of water, sleep well and exercise in moderation. But I guess if you’re continually indulging in junk food, not sleeping well and not routinely exercising, maybe a detox is sort of a repentance for not living healthy? Wouldn’t it be easier to just live healthy?

Eating fat will make you fat: According to the Department of Nutrition at Harvard School of Public Health, many studies have found that low-fat diets are no better for health than moderate- or high-fat diets. In fact, for the last 30 years, fat calories consumed has gone down in the U.S. while obesity rates have gone up. Fat does have more calories per gram than protein or carbohydrate (nine calories per gram for fat versus four calories per gram for protein and carbohydrate). But fat intake from natural sources like fish, nuts and some meats can improve your fat loss, according to research published in the American Journal of Clinical Nutrition and Journal of Pediatrics. It’s wise not to overconsume and be mindful of your overall daily calorie amount.

Abdominal exercise eliminates belly fat: Now if this were true, then a lot of people would be continually doing sit-ups, planks, bridges, dead bugs and other core exercises so they could have six pack abs which to many people, represents their fat loss goal. Sorry, not true. We can’t spot reduce fat stores when exercising. We need to work major muscle groups like legs, back and chest to burn more calories and reduce belly fat. Fat is stored energy. If you want to see the muscles underneath the fat, then modify your diet and exercise routine to get rid of the stored energy.

Now you know the myths and the truths. Here’s to you choosing to eat well, sleep well and exercise.

Jonathan Souder is the Fitness Director at Manor House, an Acts Retirement-Life Community in Seaford, Delaware. This column appeared in the March 30, 2017 edition of the Seaford Star.