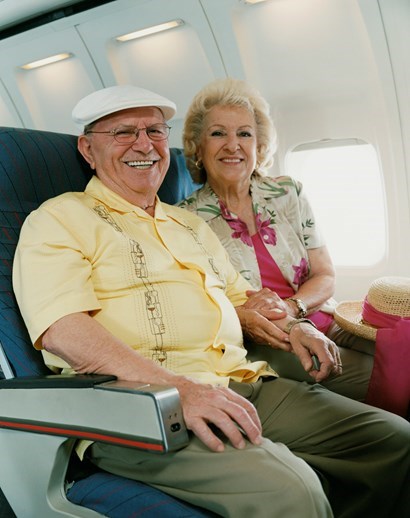 My son is a cadet in the DE-019 Civil Air Patrol composite squadron located at the Delaware Coastal Airport in Georgetown. Once a week I take him to the airport for their meetings. I often see planes and helicopters coming and going from the airport.

You may have been to an airport recently going to a business conference, traveling to see family or just getting away to a warmer climate for vacation. How long was your flight? Did you move around or did you just sit during the whole flight? The longest flight I’ve experienced was to South Africa a number of years ago. I was in my 20s and I wasn’t particularly fond of being on a non-stop, 15-hour one-way flight. I don’t sit still for long, so I found ways to move.

As I got older, I learned that moving around on a long flight is good to do. There’s a potentially life threatening disorder called deep vein thrombosis (DVT) that could occur during long flights. DVT is a disorder that causes blood clots to form in the deep veins of the body (common in the legs). DVT can lead to a pulmonary embolism (when a clot breaks free and goes to a lung). A big clot could cause sudden death.

The dry air in airplanes could cause dehydration and thicken the blood. Also, the low cabin pressure along with not being able to move around could cause blood to collect in the legs. People with cancer, chronic heart or respiratory failure, people that have recently had major surgery, people 40 years or older, women who are pregnant or people who have recently been bed-ridden are more susceptible to developing DVT, according to American Council on Exercise (ACE). The risk of developing DVT increases after four hours of travel. Signs of DVT may be swelling, tenderness, warmth and discoloration or redness in the lower legs. Only half of people who have DVT have any symptoms.

There are precautions that can be taken to minimize the risk for DVT. It’s always good to talk with your doctor first if you have any concerns before flying. According to ACE, here’s a few things you can do while flying to help.

If you have plans to fly off to a warmer climate this winter, be wise and exercise. Here’s to you enjoying your trip!

Jonathan Souder is the Fitness Director at Manor House, an Acts Retirement-Life Community in Seaford, Delaware. This column appeared in the February 16, 2017 edition of the Seaford Star.