There has never been a better time to choose an Acts community. Learn Why.

Local historian Kendall Jones gave his first presentation of a four-part series on the history of postcards at the Manor House last Monday. The presentation consisted of historical postcards that depicted the Seaford area during the 1900s.

"Postcards were advertised as being quick," Jones said. "It was fast during those days."

According to Jones, before 1893, postcards were mostly used for businesses and were blank. It was only after the Chicago World's Fair in 1893 that scenic postcards, also called souvenir cards, were printed.

Some of the postcards Jones showed included scenic photographs or artwork of Seaford streets, the DuPont nylone plant, Seaford churches, Seaford schools, Oyster houses on the Chesapeake Bay and trains.

"If you're a collector it's hard to stop," Jones said. "Cards were used for many reasons and they were printed in a series. Postcards were not only for collectors but were good business sense."

The event was attended by many interested people and was a full house. "It was very interesting to see what the older buildings looked like," attendee Linda Rose said.

Jimmy Blackwell added, "It was a wonderful show. I'll probably come to the next one."

"Kendall Jones is a walking library of knowledge," Manor House staff member Debora Reeves said. "I'm so thankful that he was here today and the postcards are amazing."

"I think there's still a lot to learn from the past," Jones said. "It was hard to pick just a few postcards to show so I'll show more next time."

The next postcard presentation will be held on Monday, Feb. 10, and will include holiday postcards. 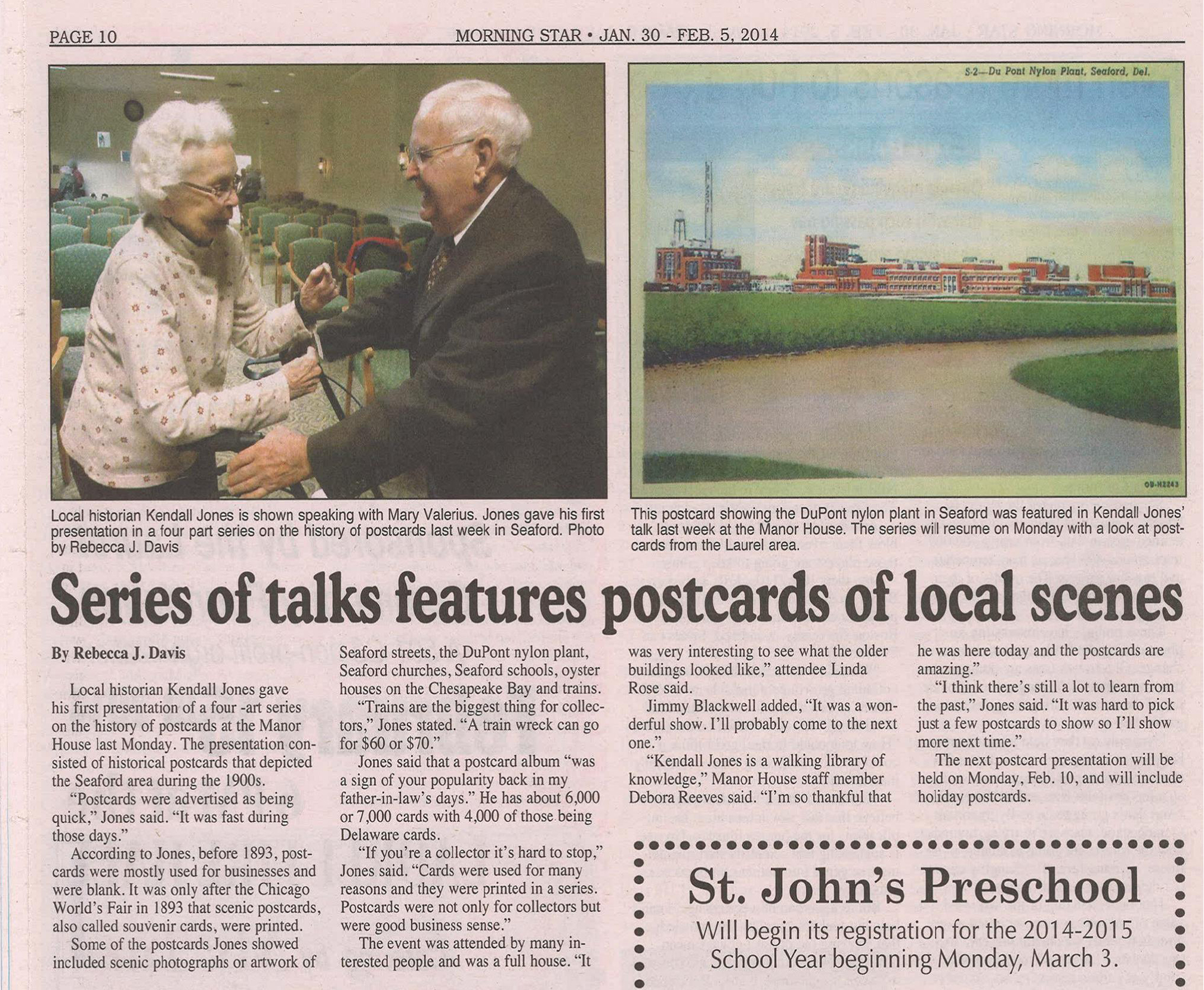 Read our Summer 2021 Edition to get the latest on Acts, its communities and residents!