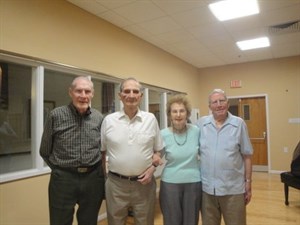 Lima Estates Wii Bowling team "The Breakers" were the winners of the community's Wii Team Bowling League which has more than 50 members and runs from September to May throughout the year. Another Wii Bowling team in the community, the Lima Lions, won the National Senior League Elite 1 Division East Championship. They will move on to the next round of the championship playoffs in the NSL.

Read our Winter 2020 Edition to get the latest on Acts, its communities and residents!