If you are a movie buff, you likely have been enjoying the recent superhero releases in theaters – “Avengers, Endgame” was released earlier this year and before that, “Avengers Infinity War,” last year.  These movies pit our heroes, defenders of the universe, against the powers of evil in a quest to save its inhabitants. Together with their allies, the Avengers give their all for what is right and just. 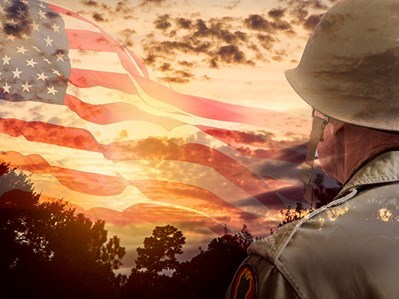 Does this theme sound at all familiar? It should. On June 6, the world commemorated the 75th anniversary of D-Day, the pivotal battle which changed the course of WWII. Globally, this day was acknowledged and the heroes of that war were honored and thanked. Amazingly enough, there are still quite a few WWII veterans remaining, but obviously many are long gone. On D-Day alone, some estimates are that over 4,000 members of the armed forces lost their lives in the pursuit of what was right. THESE are the heroes we should be idolizing. THESE brave souls are the superheroes to whom we owe an incredible debt.

At Brittany Pointe Estates, where I work, they held a ceremony to honor the 28 remaining WWII veterans that reside there. It was a big deal. A really big deal. I felt humbled, as if I were in the presence of greatness. And I was. Outsiders might look at them as a bunch of old people. That’s their mistake. These are the same young people of yesteryear who gave up college opportunities, said goodbye to sweethearts, dropped out of high school, all so they could fight in a faraway land to defend the rights of the innocent and oppressed around the world. They learned to fight, they were privy to information that none of the rest of the world knew, they were taken halfway around the world and were given monumental tasks. Their burdens were heavy, yet their hearts soared like those of eagles knowing that what they were doing was part of something much bigger than themselves. They were securing a future of freedom for generations to come, for people they would never know. For you and for me. And they never once said, “Why me?”

I am so privileged to be part of their worlds here, to be able to listen to their stories, see their pictures, and try to grasp just how incredible they were and still are.  Last week, during the ceremony, we had television crews from four major networks – ABC, CBS, NBC and FOX – all here to cover the D-Day ceremony. Several veterans were interviewed; you may very well have seen them on TV. We had newspaper coverage as well. It humbled me to witness their interviews and hear once again, in their words, what the world was like then.

My favorite superheroes? They live here in our communities, they walk among us, though they may walk slower than we do. Some may seem frail to you and me on the outside, but believe me, on the inside, they are the same tenacious and heroic individuals they were when they did things that many of us would never dare. All in the name of freedom. Yours and mine.