A New King and Queen Crowned at Magnolia Trace

Magnolia Trace's annual Valentine's Ball would not be complete without naming the new couple dubbed the King and Queen for the upcoming year. One February 13, the delightful Bill and Mavis Morris were selected by fellow residents as 2014's royal couple. The 2013 King and Queen, Glen and Martha Sue Williams, passed down the title along with the Queen's sparkling sash and tiara as well as the King's royal robe and hat. The new royal couple took to the floor for their first dance and was soon joined by the rest of the community as everyone partied the night away! 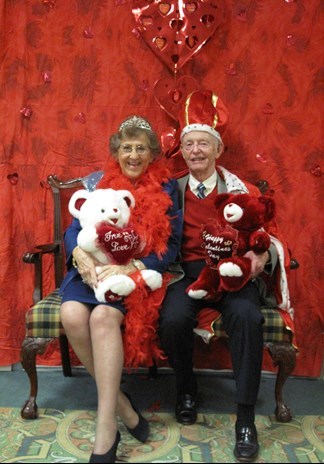