All four Philadelphia television stations stopped by Brittany Pointe Estates on June 6, 2019 to cover the community's WWII Veterans Appreciation Ceremony. It was an amazing program, put on by Brittany's Veterans Affairs Committee. A handful of the veterans on-hand were interviewed by local news, which aired throughout the evening across the Delaware Valley.

The ceremony was also carried in shorter segments by NBC 10 and 6ABC. It was finally featured as a front page story of The (Lansdale) Reporter -- linked here. 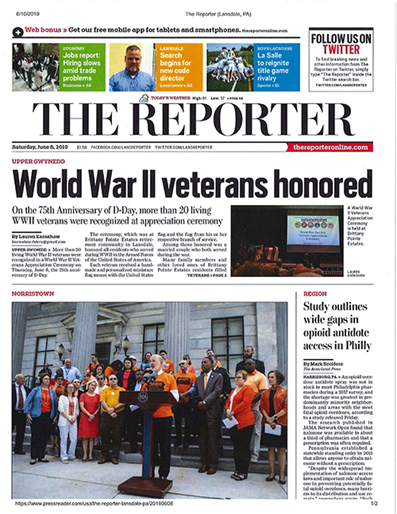