Adamstown, Maryland is nestled in the fertile valley between the Sugarloaf and Catoctin Mountains, providing breathtaking views of unspoiled countryside. The area is ripe with things to do outdoors, such as hiking, biking, camping, golfing, and fishing. Residents enjoy a relaxing, small-town lifestyle while maintaining strong community ties. The Carroll Manor Fire Company Carnival is held every June and is the largest area-wide community event in Adamstown, MD.

Frederick, Maryland is a Close Drive Away

Adamstown, Maryland remains a small town with a population of only 2,372; however, the nearby town of Frederick is an up-and-coming cultural town with deep roots in American history. During the Civil War, Frederick was the site of the Battle of South Mountain (1862) and the Battle of Monocacy (1864). Visitors can follow in the soldiers’ footsteps along with two Maryland Civil War Trail tours, as well as learn about the care and compassion in the wake of the battle at the National Museum of Civil War Medicine. In addition to its historical significance, Frederick also offers a vibrant art and music scene. Downtown Frederick is host to over 10 art galleries and three performance theaters, all located within 50 feet from each other. Finally, the town maintains a strong faith-based culture with numerous buildings of worship contributing to the “cluster spires” skyline of the historic downtown churches.

Frederick County offers a variety of senior programs to promote wellness and independence. A popular choice for many retired seniors concerned with their future healthcare needs is moving into a continuing care retirement community (CCRC). Buckingham’s Choice is a well-known CCRC in Adamstown that provides a care-free living lifestyle with flexible continued care health options. As a member of Acts Retirement-Life Communities, Buckingham’s Choice proudly offers Acts Life Care – a comprehensive health plan covering future health expenses in a single monthly payment. This means you prepay your future healthcare costs with today’s dollars without the worry of your monthly fee increasing due to additional care. Learn more about senior living in Adamstown, Buckingham’s Choice, and Acts Life Care by contacting an Acts Life Care Consultant today. 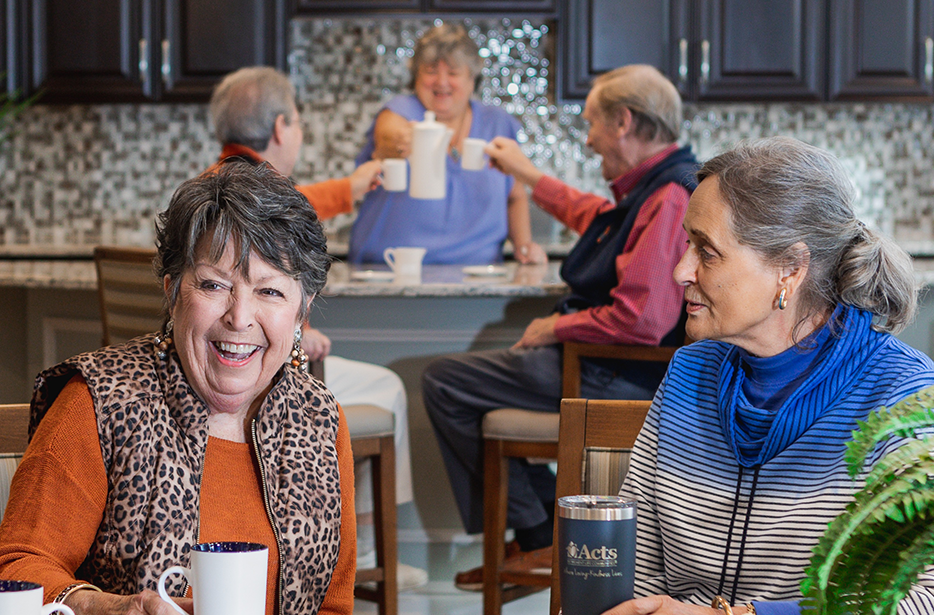 Learn About Our Open Houses at Buckingham's Choice!