Coming of Age TV and Coming of Age Magazine featured Azalea Trace resident George Goggans, who ran his first half marathon at age 83. 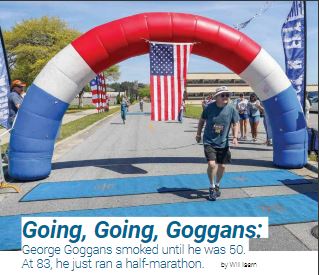 ge magazine also featured George in a three-page article titled, "Going, Going, Goggans." George reveals what motivates him to run even when you're "not a runner." He also shares how living at Azalea Trace helps him be in the best shape of his life. Read the full article here.