A Love Affair with Baseball: Willis Pierre Shares His Collection

Walt Whitman once said, “I see great things in baseball.” 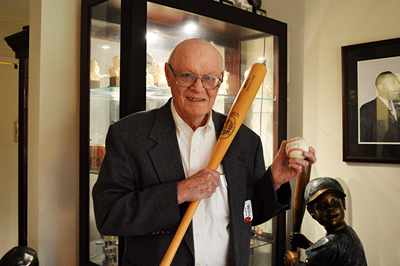 For 70 years, Willis Pierre has collected that greatness into what can only be described as a shrine to our national pastime.

back to a summer day in 1946, when his father took him at age 8 to see the New York Giants at the Polo Grounds. 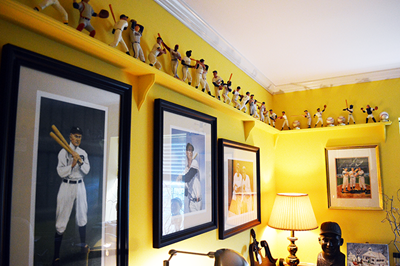 “It was amazing,” recalls Willis, now 78. “I can remember some of the plays; Willard Marshall playing for the Giants in right field throwing a strike to home plate.”

In the years to come, he marveled at the speed and athleticism of Willie 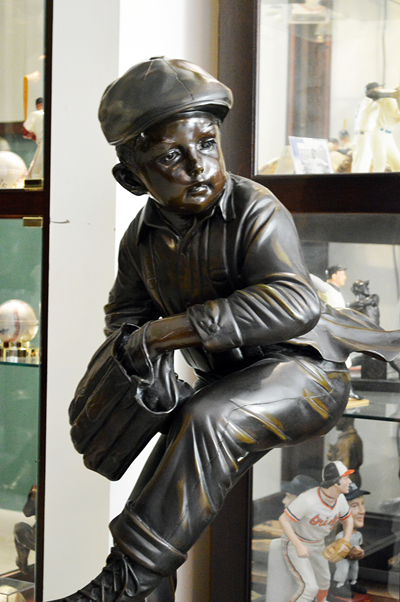 Mays as he chased down fly balls in the Polo Grounds’ expansive, 483ft center field.

An ensuing love affair with baseball evolved into a lifetime pursuit for the now retired math teacher, who spent most of his career at the prestigious Hill School in Pottstown, Pennsylvania.

For decades beginning in the 1970s, Willis made a yearly pilgrimage with friends to the National Baseball Hall of Fame in Cooperstown, New York, where he met face-to-face with the game’s most revered stars.

On display throughout his home are mementos of those past encounters; Ted Williams, Joe DiMaggio, Stan Musial, Willie Mays and Mickey Mantle, to name a few.

“I have a story for everything,” Willis says.

“I was always amazed, and it’s not so true now, players in the 70s and 80s particularly were very nice about stopping and signing if you recognized them on the street.

“I always carried a baseball in my pocket so that if I ran into somebody I could get it signed.”

Even today, Willis keeps a few baseballs in his car just in case.

When one walks through his mini museum, it’s not so much about taking stock of all the incredible items on display, but trying to figure out what he doesn’t have in his collection.

There are cards, gloves, bats and balls. He has photos, posters, pamphlets, books and buttons. There are statues of all sizes, bobble heads, busts, piggy banks and decanters.

Then there’s the cups, plates, trays, trophies and championship rings. There’s even an autographed harmonica and a $5 check signed by his favorite ballplayer, Bobby Thomson.

But what is Willis’ most beloved piece?

“The most cherished items, actually, monetary value they do not have; they are the things I collected as a kid,” he says.

“Several of the cards I collected… there’s no monetary value, just sentimental value.”

Looking over his apartment and all that is on display, Willis adds, “It all makes me feel like a kid.”

As for his childhood love of the Giants, well, that didn’t wane when the club moved to San Francisco in 1958. One of the most recent additions to his collection is a replica World Series trophy honoring the team’s 2014 championship run.