More than 30 years had passed since Janet Higgins last sat on the steps of the Lincoln Memorial gazing out at one of the most breathtaking views in the United States.

For nearly two years beginning in 1944, she walked past the iconic site almost daily, but even then the significance was not lost on the 22-year-old from Chicago. 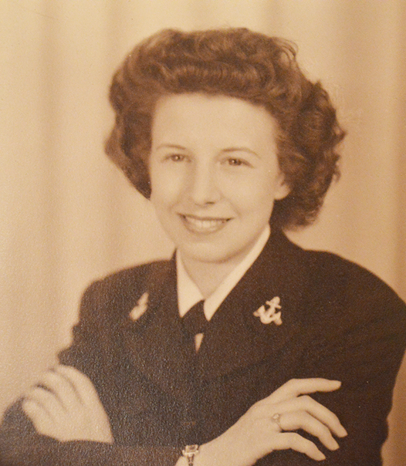 "Every day I walked by the memorial I took time to stand sideways and look at it before I moved on," she says.

At the height of World War II, Janet's daily route past Old Abe took her from her barracks to the Commander in Chief of the Atlantic Fleet's headquarters, where the WAVES Yeoman 3rd Class handled incoming intelligence from the front.

WAVES (Women Accepted for Volunteer Emergency Service) was a division of the U.S. Naval Reserve established in 1942 to get women involved in the war at home and to free up men to go overseas.

Stationed in the nation's capital, Janet served a critical and often overlooked role in the war effort.

Her job, and the top secret clearance that came with it, called on her to handle information about missions and battles overseas long before any of it found its way into newspapers or even history books.

"Loss of ships, damage to enemy ships, how many planes went out on missions... how many did not come back," Janet says in describing the intelligence that passed through her hands.

The Brittany Pointe Estates resident recalls seeing information from the front that impacted those she cared about.

"I had a close friend whose husband was a torpedo plane pilot, and whenever I saw something like that… so many planes took off, all but two came back, I used to wonder if her husband was alright," she says.

"I couldn't say anything to my friend. You just put your hands together and pray he wasn't one of the ones who was lost."

Thankfully, her friend's husband returned home to his loved ones. 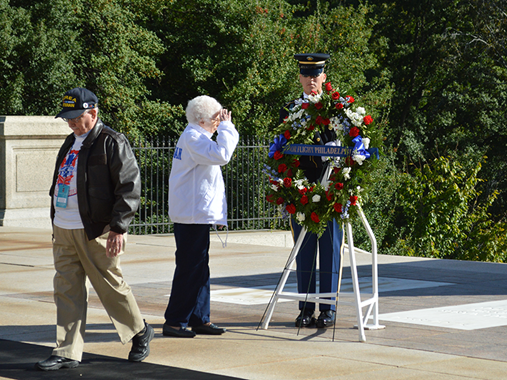 Janet handed over her last piece of top secret intelligence when her service in WAVES came to an end in March 1946.

Seventy years later, she went back to Washington to pass along one more significant message.

While taking part in the Honor Flight, Janet, now 95, joined a fellow veteran in placing a wreath at the Tomb of the Unknown Soldier at Arlington National Cemetery.

The message was clear; Thank you to all who served, especially to women like Janet who paved the way for future generations.

"It was a humbling experience," she says.

And just as the significance of the Lincoln Memorial was not lost on a young woman doing her job during a pivotal moment in the nation's history, Janet's daughter Barbara took note of the tribute to her mother's service.

"It was a beautiful salute," she says. "It was really moving."