At age 77, Gary Elsner of Edgewater at Boca Pointe feels the strongest and youngest he has in years. Today, Gary cycles, cross trains, scuba dives and works out in the gym, all without the use of his legs.

Back in 1951, when he was a child, Gary was diagnosed with polio, just a few years before the vaccine came out. He used an electronic wheelchair for about eight years, but recently switched to a manual titanium chair in order to build arm and core strength.

“My daughter got me started,” said Gary. “She invited me to watch wheelchair basketball practice at the Palm Beach County Therapeutic Recreation CMAA Complex. That next weekend, I had to play, and immediately took to it.”

“I told my dad to check it out,” said Gary’s daughter, Sarah Gualtieri. “I couldn’t make my dad do anything. He had to choose it and want it. And he did.”

This window into adaptive sports opened Gary’s eyes to a whole new world. He began strength training in the community gym and took up hand cycling. On July 4th, Gary entered his first competitive hand cycling race in Tequesta and won first place in his age group.  Now he’s training to compete in several cycling races near Palm Beach and Miami this fall.

“Being aggressive with speed is awesome,” said Gary.

When he is not training in his community’s gym or swimming pool, Gary’s participating in an adaptive scuba diving program at the Therapeutic Recreation CMAA pool in Lake Worth to fulfill a lifelong dream to become certified.

“Years ago, I took lessons to get certified but I couldn’t pass the test,” said Gary. He is more determined today to give it another try, after achieving so much in the gym.

To expand his awareness of adapted sports, he also participated in Sled Hockey practice with one of his mentors, Daniella Robbins.  It was Gary’s first experience on ice.

“I meet a lot of people like Gary who want to be socially connected with others who have disabilities,” said Daniella Robbins, recreation specialist at Palm Beach Co. Parks & Recreation Dept. “When they join teams or groups, they sometimes only stick with one sport or group, but Gary totally submerged himself in the world of adapted sports. I’m amazed how far he’s gone in such little time.”

“Gary shocks me with what he wants to try next,” said his physical therapist, Ann Marie Panettieri, MPT. “He’s reborn; he’s like a kid who never got to be one. Gary is finally doing what he’s always wanted to do. He’s not held back anymore. It’s amazing.”

Recently, Gary bought a Fitbit to track his fitness activities. “I don’t take steps since I use a wheelchair, so arm movements predict steps. On a good day with hand cycling I could get 7,000 steps.”

“I was really motivated by how quickly I was able to build upper body strength.  This had the surprising benefit of lowering back pain! People will come up and say, ‘you look so strong.’ It’s exciting,” said Gary.

“He’s much stronger and takes less medication,” said Gary’s daughter, Sarah. “He feels more independent living where he is now. He’s not isolated like he was in his home. This community has given him new opportunities. He’s more in control of his life.”

“I’ve met so many different people,” Gary added, “Living at Edgewater at Boca Pointe has opened up a whole new community and life to me.” 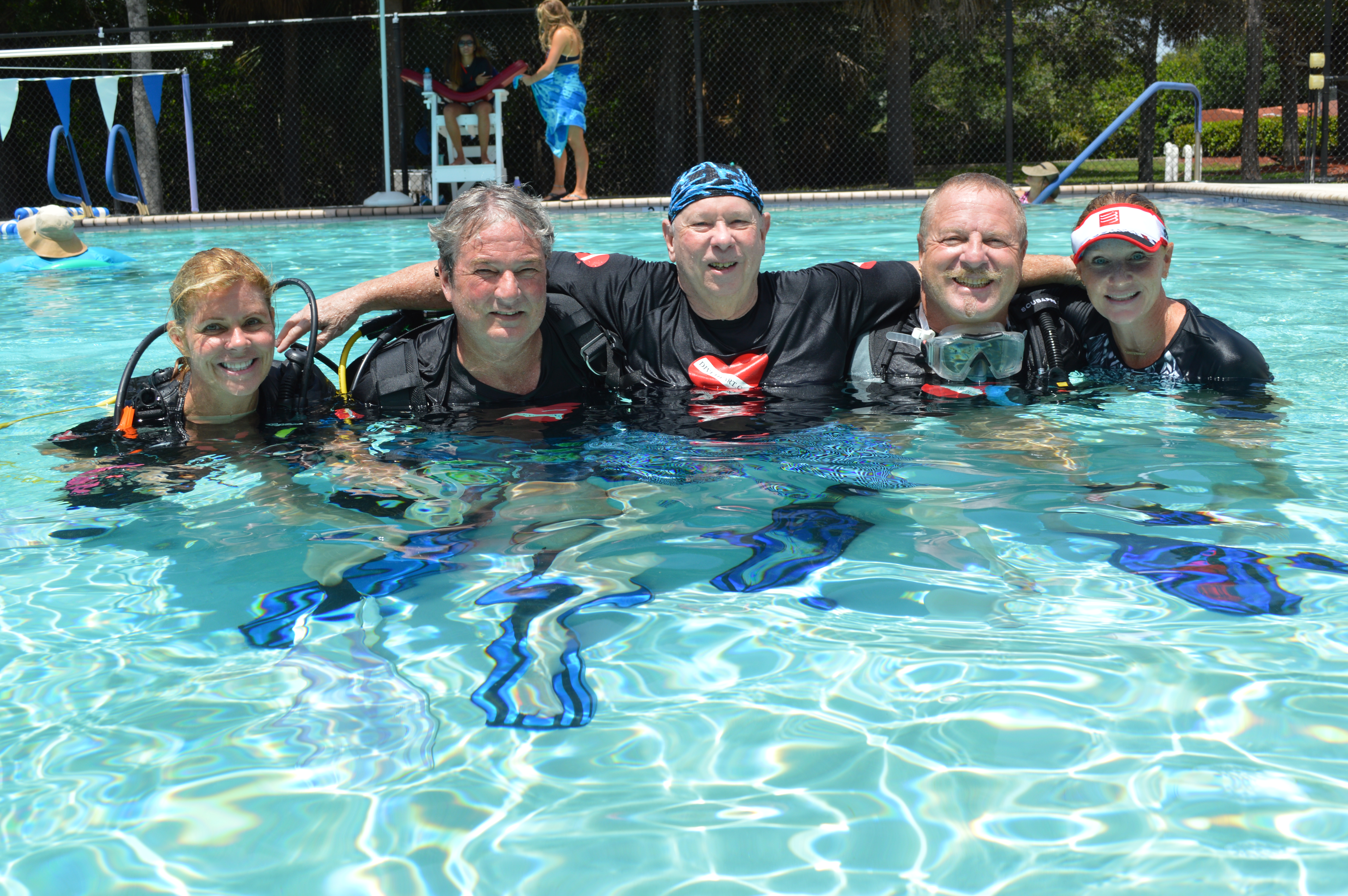