'Retired' But Still Serving the Community

Even in retirement, many Acts residents remain committed to staying involved in their local communities; they volunteer, they organize events, they donate time and money. 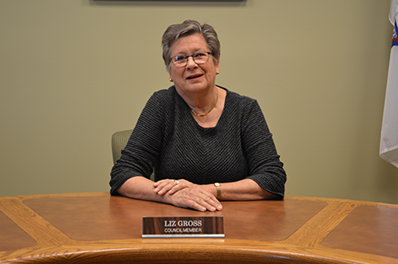 Heron Point resident Elizabeth “Liz” Gross has taken her community involvement to an entirely different level by serving as an elected member of the Chestertown, Maryland, Town Council.

“I love this town. It’s a great community,” says Liz, who was persuaded to run for a council seat in 2013 by several friends who wanted to see changes in the local government.

Born in England and raised in Canada, Liz became a United States citizen in 2000 - the same year she and her husband, Grant, became full-time Chestertown residents.

The two met more than 25 years ago when their work in oceanography brought them together as part of an international research project. They moved to Chestertown after Grant received a post-retirement appointment at nearby Washington College.

Liz jumped head first into their new hometown. In addition to continuing some of her work in oceanography, she took on Treasurer roles with the Chester River Chorale, the Garfield Center for the Arts and the National Music Festival. She still holds the latter position.

Liz also coordinates a county-wide food rescue effort that collects perishable items from a grocery store and distributes them to local churches and a family center. 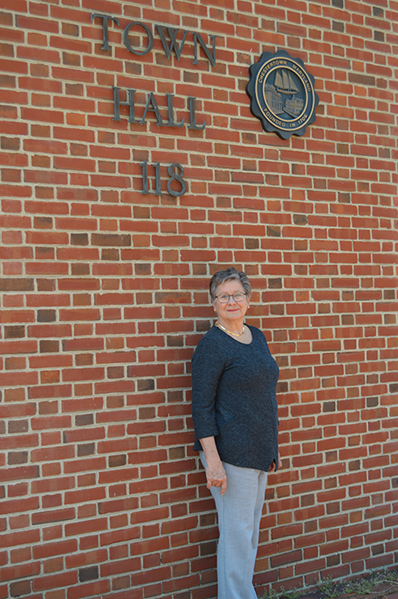 Considering that she does all this despite being “retired,” it’s not difficult to comprehend why several of her friends, some of whom had become neighbors at Heron Point by 2010, urged her to represent their Ward.

“People were supportive when I started to talk about running, and it was very encouraging,” Liz says.

“Heron Point was established by people right here in Chestertown, so it has strong ties to the community.”

After winning her seat, Liz once again dove head first into tackling a diverse range of issues, from an underground oil spill to judging a Santa Claus parade.

Her biggest reward, she says, is seeing the council and mayor work together to get things done for the community.

Liz is most proud of increasing handicap accessibility in the town, including the installation of wheelchair ramps on sidewalks.

She also expressed pride in the progress along the Chestertown waterfront, which involves refurbishing a marina, docks, boat ramps and the completion of a new visitors’ center and museum.

“You need to be prepared to sometimes make difficult decisions,” Liz says about holding a town council seat, but overall, “I’ve enjoyed it a lot.”

She regularly attends “town hall” meetings at Heron Point, where she takes time to report to fellow residents - who comprise a third of the voters in her Ward - the latest happenings in their surrounding community.

“Heron Point is a little unique in the degree to which it’s integrated in the community,” Liz says. “People here are really involved in life in Chestertown.”

It’s her involvement in the community and connection to her neighbors, including those at Heron Point, that has provided her with such an excellent support base.

“You need to know your community,” Liz says.

She’s certainly done a lot for hers.