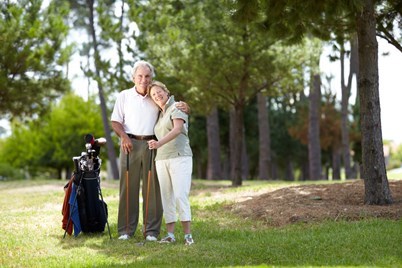 Would it surprise you to learn that 37 percent of Gulf Shore residents are over the age of 55? Life along Alabama’s Gulf Coast is incredibly popular with retirees for a number of different reasons. Since Acts has a retirement community on Alabama’s Gulf Shore in Spanish Fort, Alabama, we’re very familiar with the Gulf Coast’s popularity with retirees. While the amazing beaches and great year-round weather are two obvious reasons why seniors choose Alabama’s southern coast, one benefit you might not be aware of is the affordability. Believe it or not, coastal living for retirees is absolutely within your price range!

What Makes the Gulf Shore so Affordable for Retirees?

Nationally Recognized Affordable Beach Towns: Recently, Cheatsheet.com named two towns on or near Alabama’s Gulf Coast - Gulf Shores, Alabama and Pensacola, Florida - among the best beach towns for retirees. The website cited the town’s low housing costs and low property taxes as reasons why they made the list.

So Much for Retirees to Do: While this might not directly affect affordability, when you consider how easy it is to explore hobbies like boating, fishing, hiking, and golfing on the Gulf Shore, particularly when compared to other parts of the country, the area makes a ton of sense for retirees. Think of it like this – what kind of activities do you want to do in retirement? Maybe you love the beach, but currently the closest beach to you is an hour and a half away. Those trips to the ocean can get expensive. On the flipside, Gulf Coast retirees have got miles of beautiful beach practically in their backyards.

Retirement Communities vs. Aging in Place: This point is more about retirement communities in general, but is as true in Alabama as anywhere else! While many seniors would prefer to “age in place” in their home, they may not realize that even if it’s paid off, it’s still costing them a lot of money. For instance, consider the cost of basic upkeep of the home. On the flipside, a Gulf Shore retirement community is potentially more affordable. Plus, when you include all the amenities that come with a retirement community, it seems like a no-brainer!

Click here to learn more about retirement communities along the Gulf Coast.