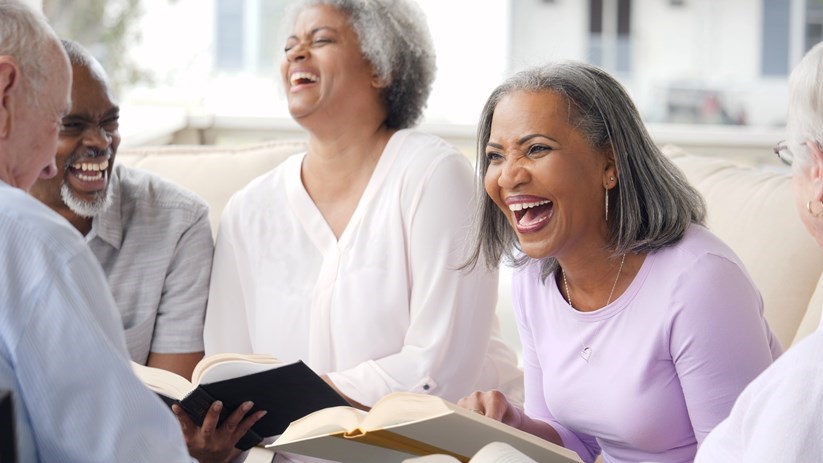 Have you ever wondered what it’s like to live in a community where spirituality — whatever form it takes — is considered one of the core values? Last week, we sat down with one of our Acts Retirement-Life Communities chaplains, Reverend Ray, to find out how Acts promotes spirituality for retirees.

As we grow older, many of us tend to become more spiritual. Nobody knows this better than Reverend Ray, who spends his days connecting with seniors in and around St. Andrews Estates in Boca Raton, Florida.

According to a Gallup poll, 70 percent of seniors report that religion is important to them. Indeed, says, Reverend Ray, this is why spiritual care is built right into the mission statement of Acts. He defines his role as providing leadership and direction in meeting the spiritual needs for older adults in a faith-based atmosphere graced with love. Let’s find out how that works on a daily basis.

The Inclusive Atmosphere at Acts

He goes by many names… Father Ray. Rabbi Ray. Pastor Ray. Chaplain Ray. Minister Ray. “Just call me Ray,” he tells everyone, quoting, “I have become all things to all people so that by all possible means I might save some.” (1 Corinthians 9:19-23)

Reverend Ray cares for the spiritual well-being of everyone, no matter their spiritual background.  He’s a Protestant minister but he has a non-denominational background, so he’s well-versed in administering to the needs of all residents, regardless of what faith they come from.

One of the reasons Reverend Ray is so good at his job is that he never takes for granted that people want him to pray with them. Out of respect for every individual’s spiritual preferences, he always asks first. Case in point: there are four people who are atheists in his community. They read his newsletter regularly and are good friends with him. He visits them when they go to the hospital, and always asks first if they’d like to pray.

Reverend Ray recounts another story that perfectly demonstrates the inclusive spiritual atmosphere at Acts. He was standing in line for an errand one day and noticed a woman showing something to her friend. It happened to be a document with the Acts mission statement, which mentions Christian ideals. He overheard their conversation, during which they discussed the benefits of a retirement community that was founded on Christian values but that serves and embraces all faiths.

And it’s true — residents of Acts communities enjoy an inclusive atmosphere. At the Boca Raton community, there are 45 Jewish residents and they all say Reverend Ray is their favorite Rabbi. He leads the Sabbath prayer service every Friday at 4:30. “We spend our time here just sharing what the scriptures have to say,” he remarks.

And sharing is certainly what makes up a major portion of the day for Reverend Ray. As people grow older, they often experience a growing awareness that they are spiritual beings. Reverend Ray speculates that perhaps it was one aspect of life they didn’t have time to develop when they were so busy in their younger years.

“Lots of people come to my services never having gone to church ever before,” says Reverend Ray. They tell him, “I thought I ought to know something about God before I meet him.” 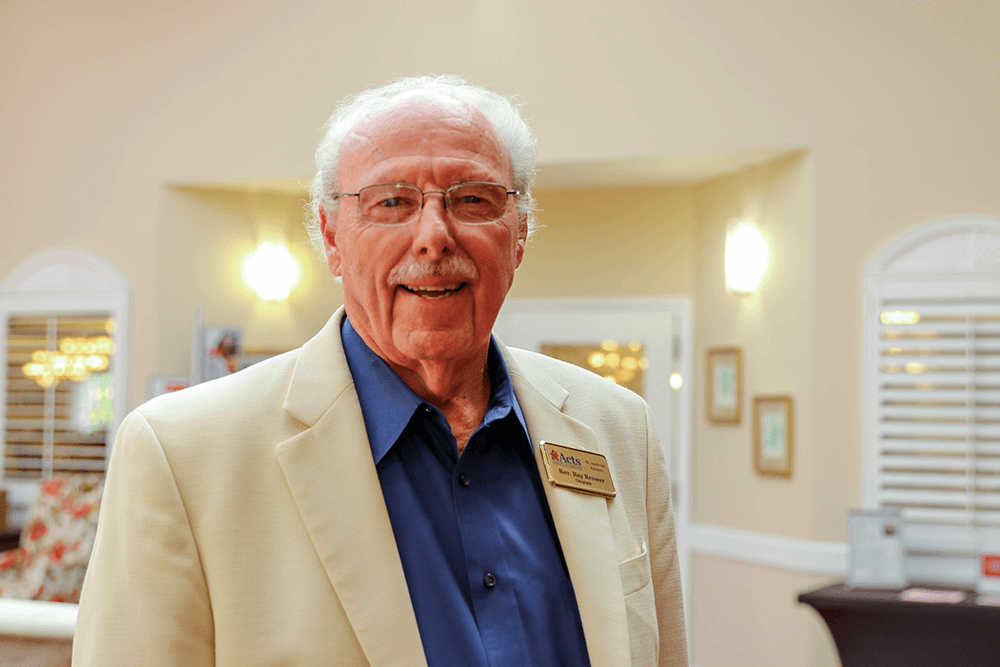 “I’m Not Just the Chaplain at Acts… I Live Here, Too!”

Reverend Ray is unique here at Acts, as he is the only chaplain who is also a resident of the communities. The residents think it’s fantastic that their chaplain lives in the community with them. He has been chaplain here almost a year and a half, but he worked to spread the faith within churches he has served and personal ministries since the 1960’s, and he and his wife were residents many years before he took on the role at Acts.

That’s why Reverend Ray seems to know everyone. You can tell right away that he’s the sort of person who makes people feel immediately at home in their new community.

Reverend Ray fills an important role within the Acts community, and as such has a long-standing relationship with so many of the residents. He’s known some of them for several decades and offers a continuity of spiritual care over the years. As he states, “You’ve been with these folks for so long - they’re just personal friends.”

A Full Weekly Schedule at Acts

We know from his stories that Reverend Ray spends a lot of time with all the various residents, satisfying the spiritual needs of seniors, and connecting and sharing in lots of different ways. Let’s take a look at the other activities that fill his week. Here are some of the organized events he runs at Acts:

Helping Acts Residents Give Back

One thing that makes Reverend Ray proud is the Spiritual Emphasis Committee at Acts. This group of about 15 residents does many different things to meet the needs of the community. They like to call their group a “spiritual emphasis” committee, instead of a “worship committee” that they might be called in other communities. It’s more accurate for a group that’s more inclusive and which serves so many diverse needs. Here’s some of what they do throughout the year:

As Reverend Ray says, the motto here is, “Share with those what you have and they have not.”

Communication, Commitment and Caring at Acts

Reverend Ray plays an essential role in making Act communities what they are: a place where everyone feels at home and older adults feel their spiritual needs are being met.

“How can I make someone as comfortable as possible to speak to me about God or any other subject? One of the things that I happen to have that I think we all should have, is a good listening ear. When you’ve listened, you know you’re not preaching at them… you’re sharing with them.”

To that point, Reverend Ray shares an anecdote where a woman after one of his services came up to him and said, “I feel like I have someone standing there sharing with me.” For Ray, it’s all about communication rather than ‘preaching.’ He prefers that people ask, “who’s your communicator?” rather than “who’s your preacher?” when referring to him. His real desire in life is to help some people along the way to being great listeners.

That concept grew out of many decades serving the spiritual needs of different communities. “Everything I learned in my four churches, I use now. I’m thankful that I learned those things then so I can apply them now, with the people who I sit down and share with here at Acts.”

Ray’s commitment to the spiritual well-being of the residents is felt throughout the entire community. Ray, we’re honored to have you among us, and look forward to every new week with you in our community!