Fort Washington, PA is a historic town with roots back to the Revolutionary War. General George Washington and the Continental Army set up an encampment in the town after their defeat at the Battle of Germantown and before their march to Valley Forge. Although the famous fort no longer remains, the events remain preserved through Fort Washington State Park, the Highlands Mansion, and Hope Loge. These landmarks have been meticulously preserved and are sure to please both history enthusiasts as well as nature lovers alike. Prospective retirees will be delighted to hear that Fort Washington, PA has some of the best golf courses in the country, and is often visited by many for this reason. Fort Washington is located directly off of the I-276 turnpike, which connects with multiple major PA highways as well as the East Coast-stretching I-95. Keep reading to learn more about retiring in Fort Washington.

Beyond Fort Washington’s rich history, scenic parks and golf courses, and ease of accessibility, there are also state benefits as well. Pennsylvania is “tax-friendly to retirees” since seniors do not pay taxes on Social Security and retirements accounts, such as 401(k)s or IRAs. Pennsylvania also is on the lower end of sales tax percentage at 6% when compared to other states. Fort Washington is part of the Greater Philadelphia area, which includes many of the top hospitals and health care providers in the country. Hospitals such as Penn Medicine and Jefferson Health offer specialized health services, which may be lifesaving during a critical event. Knowing that these facilities are close by offers an obvious peace of mind for anyone, but especially for older adults.

In these uncertain times, retaining financial security has never been more important. Although you may have saved all your life to plan for retirement, calculating for the unexpected may leave you short-changed. Fort Washington Estates understands this concern and offers a proactive solution to make sure you don’t go broke over an unanticipated medical expense. The Acts’ Type A Life Care Contract guarantees your monthly costs will remain consistent regardless of additional medical needs. This provides you with peace of mind lasting through your entire retirement years. Fort Washington Estates holds accreditation by CARF International - a respected authority for continued retirement care. Contact us to learn more by speaking directly to a Life Care Consultant. 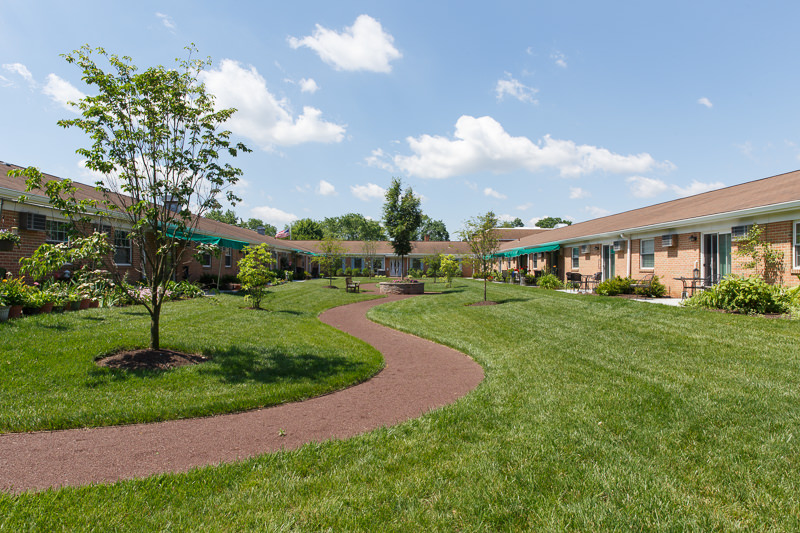 You can take advantage of three campuses in one when you choose Fort Washington Estates!